Protect yourself & your money

A safe bank you can trust

We take the security of our Customers very seriously.
Stay vigilant and informed at all times.

It's the theft of your personal or financial details, used to impersonate people, open bank accounts, obtain credit or set up businesses. Be careful how you save and with whom you share your personal data.

Messages pretending to be from the bank, stating for example:

1. that sensitive information about you has been posted onto the Internet and encourage you to visit a web site

2. or that there is a problem with your bank account and encourage you to phone a number. These are fraudulent messages, attempting to trick you into giving away your personal and security information.

Look out for telltale signs, like an offer appearing too good to be true. Stop and always report any suspected scam to your bank.

When you log in to our site, the system will log you off if you're inactive for over a certain period. This helps you stay protected if other people access your computer.

We will temporarily disable your account if someone makes too many failed attempts to log in. If you've simply forgotten some of your security details just call us to regain access to your account.

Keep valuable documents secure, shred all important personal and financial paperwork, keep your contacts updated on your bank. Carefully check all of your statements, never reply to any suspicious emails, click on any links or attachments.

Pay attention to social networking and online games. These can be means for obtaining fraudulent personal data, contacts and / or access codes.

Make sure to have your computer safe with firewall, anti-virus and anti-spyware. Secure your wireless router with a network protection. Also, keep your browsers and operating systems updated.

Never click on suspicious messages, links, attachments (of any kind) or advertising content of dubious origin. Be wary of messages / content / pages with grammatical errors or misspellings. Never store user names and access codes in the browser or applications on your mobile device. Maintain the security limits defined by the operating systems of your equipment.

Be aware of others around you when using ATM or PIN devices in shops. Remember to look after your laptop and mobile phone, especially when travelling. 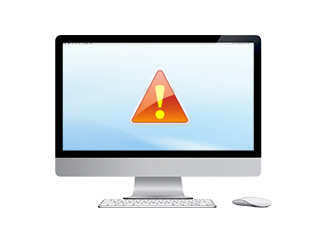 You know what to do if you suspect that you've been the victim of fraud?

You can report a fraud situation by calling us on (+351) 218 505 775, available 24 hours a day, in order to cancel your access password. You can also send us a message through our website.

If you have responded to a suspicious e-mail, or if you suspect that any of your accounts have been accessed by someone other than yourself, please contact us immediately.

Send us a message

Protect your cards against fraud

Remember that the convenience and flexibility offered by your cards can also have illicit use. Whether banking online or entering your PIN code in a public place, you should always be alert.

Wherever it is, your card is protected.

Doubts? Know how to be protected against fraud.

The user code is the identification of each customer of Banco Best. Access and second level passwords are given at the account opening moment and are private and confidential. The access password can be changed by the user to be easier to memorize.

The user code and access password allow you to enter Banco Best as a registered user. For that you should go to the login area and enter your codes. In order to reinforce the security level sometimes you will be asked to enter a second password – the second level password. For security reasons the limit of attempts to enter any of your passwords is 5. After that the passwords will be blocked and you must call (+351) 218 505 775 (business days, 8h-20h), in order to ask for the unblocking of your access password or the issuing of a new second level one.

Encrypting technology allows data to be sent securely through a public network such as the Internet, since the data is encoded using a mathematical algorithm. Each character is therefore transformed into another, and, for example, the letter A might be altered to D, B to F, C to 3, etc.

Without the respective algorithm, the entire transmission looks like a set of incomprehensible characters.

At Banco Best the length of the encryption key is 1,024 bits, thus ensuring that an infinite number of attempts is required to decipher a message without the proper key.

Data is encoded using cryptographic techniques on the supposition that they will be transmitted between two entities. The issuing entity encodes the data, rendering them illegible using a certain key (mathematical encryption), and then sends them. The receiving entity deciphers the message using the right key. Should the receiving entity not have the right key it will be unable to use the data included in the message.

Generally speaking, there are two types of cryptographic algorithms.

In the asymmetric algorithms, there is total correspondence between a given public key and a given private key, which means that:

Banco Best uses the public key encryption process in which two keys are required (one public and one private key) for an issuer and a receiver to exchange information in a secure environment.

The regulations governing this encryption are established at European Union level by Directive 1999/93/EC of December 13, and, in Portugal, by Decrees-Law 375/99 of September 18, and 290-D/99 of August 2, providing the following advantages for users:

Since the public key/ private key pair is mathematically related, it is computationally impossible to obtain the content of one key through knowledge of the other.

This means, for example, that the private key is protected from duplication or forgery, even though the content of the public key is known.

In this way it is safe to distribute the public key for every use, but it is essential that the private key be kept secret and in good hands.

For example, if somebody sends you an encrypted message the sender may encrypt the content using its public key and, since you are the only person with access to the corresponding private key, you are also the only person able to decipher the original message.

If the public key is known, any person can send you an encrypted message but, in any event, only you can decipher the message and for this reason even if somebody knows your public key the only use that can be made of its is to send a message that only you can read.

In addition to Privacy and Security, use of a public-key cryptographic system also provides Authentication of the information.

Authentication is a process of validation of a given message.

Authentication allows the sender's identity, the date and time of sending of a message and the content of the message to be confirmed, thus ensuring the veracity of a given message.

On receiving the message, using the public key corresponding to the issuer's private key, will decipher the original digital signature and access the original message.

Therefore, the addressee certifies that the message received has suffered no alteration on the way that it was actually the issuer that sent the message and not anyone else who maliciously or supposedly assumed the identity of another person, and that the date and time stated in the message are genuine.

A secure session is understood to be a set of transmissions whose contents are encoded prior to sending. Whenever you are trading in funds or equities at Banco Best or inserting your access codes you are in a secure session.

Any browser, such as Internet Explorer or Netscape can be configured to warn when a secure session is about to begin or end. Even without configuring your browser you can detect whether a session is secure by looking at the site's address located at the top of the page, where you will see https rather than http, or by means of an image of a closed padlock or of a whole key located in the lower right corner of the page.

Even if you leave your computer turned on with the password entered, no one can undertake transactions because to finish a transaction you have to enter the Second Level Password.

Never leave your computer running with the Second Level Password entered after you have concluded your transaction. Although the session is interrupted after a short period, there is always the risk that someone could conclude a transaction in your name.

No, each holder will have its own access codes and will receive its Second Level Password at the postal address that was indicated.

Although it is a joint account, each holder is fully free to use the security mechanism best suited to him/her.

Should you wish to go into any online transaction security-related matter in greater depth we would suggest the following sites:

SIBS - Sociedade Interbancária de Serviços
Provides services in the field of co-operation of general interest to the banking system, including technological payments systems and, in an accessory manner, other associated services.

RSA Security
Global reference in the field of Internet security, particularly with regard to ciphering and authentication.

ITIJ - Instituto das Tecnologias de Informação na Justiça
A public institute responsible for the study, concept, management, execution and assessment of the business information plans of bodies, services and organisations operating in the area of justice.